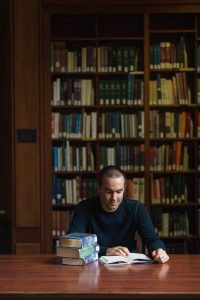 Jeff believes that, as an author, you should look for three things in an editor: they should understand what you’re doing, they should think it’s exciting, and they should know how to help you do it better. Jeff will only take you on as a client if he fits those criteria.

In general, Jeff takes a collaborative approach to editing, not just telling you how to improve your manuscript but explaining the problems he sees and asking questions designed to make you engage with your work more deeply. His ultimate goal with any client is to help them improve from book to book until they’re writing bestsellers, award-winners, heartrendingly beautiful experiments in storytelling, or whatever else their goals may be. He is a member of the Editorial Freelancers Association, the largest and oldest national professional organization of editorial freelancers, and the Science Fiction and Fantasy Writers of America (SFWA), a trade organization open only to writers who have demonstrated professional-level sales.

Jeff is also an author himself. His first novel, the dark epic fantasy SOULWOVEN, has notched over a million reads on Wattpad and was self-published to strong reviews after a 2013 Kickstarter. His traditional publishing debut, NADYA SKYLUNG AND THE CLOUDSHIP RESCUE, was published by G.P. Putnam’s Sons in 2018 and was a finalist for the 2019 Colorado Book Award in Juvenile Literature. He specializes in editing science fiction and fantasy, and always puts authors first. Jeff is currently closed to new clients, but wishes you all the best in your writing endeavors.